I’m sure existing Uber drivers can relate to this list of questions that we get asked as Uber drivers on a regular basis by the riders. We all have repeated the same answers over and over again, so much so that they are etched in our memory. This isn’t a complaint article or anything. Just wanted to share and get feedback from other drivers as to which questions they get asked most often.

Uber has become such an integral part of our lives that it has become a verb in our vocabulary. “I’ll just Uber there,” is something we all have said. The ubiquitous nature of Uber has also given birth to certain questions that the drivers get asked on a very regular basis every day by the Uber riders. It is just funny how often we get asked these questions and what our responses are to them. The following are the top 10 questions we get asked as Uber drivers.

10. How much do you make driving for Uber?

Uber riders love asking this question. Everyone has someone in their family or have a friend that driver for Uber. And it is a generally accepted fact that Uber drivers make a lot of money. Now that is completely relative since not all Uber drivers are as passionate about driving for Uber as others might be. Some drive 10 hours a day and make anywhere from $250 to $300 a day. While others might just drive for 3 hours a day and only make $40 to $60 a day. So it all depends.

9. What’s the gas mileage on this car?

This question is most commonly asked by Uber riders when they sit in a hybrid car, especially if it is a Toyota Prius, which is basically the Uber mascot. A lot of a people have never sat in a Toyota Prius before and one of the first things they ask is, “so what kind of gas mileage do you get from this car?” Since I drive a Toyota Prius, I love seeing the look on their faces when I tell them I get an average of 50 miles per gallon. And then they have to share that they have an American muscle car or a big truck that only gives them 15 miles per gallon or less.

A lot of people have, at one point or another, considered signing up for Uber since it is such an easy process and a lot of people don’t mind driving their cars. I mean we all drive every day anyway. So why not drive for money? A lot of those Uber riders who are considering driving for Uber will ask the drivers how they like driving for Uber? It is a very smart way of getting second-hand knowledge from someone with first-hand experience before they make their decision to sign up. Of course, all Uber drivers love driving for Uber whether they drive for 2 hours on the weekend only or drive 8 hours a day every day.

7. When did you start driving today?

A lot of Uber drivers are out on the streets. Some wake up really early to take advantage of the morning work commutes. Some like to drive during rush hour home commutes. While some like to drive in the middle of the night and pick up people coming out of bars or clubs on the weekends or the people going to the airport at odd hours. You can literally choose any hour from a 24 hour day to drive for Uber. So naturally, Uber drivers get asked quite often as to when they started their shift that day.

6. How long have you been driving for Uber?

This is another common question inquisitive riders like to ask their drivers. Uber came into popular culture about a little over 3 years ago. There used to be Sidecar and Uber. Lyft came out a bit later, or at least became popular later. Some Uber drivers have been driving ever since Uber first came out. But there is so much demand for Uber that there are Uber drivers signing up every day. Uber is an international company which operates in almost every major city in the world. You basically need as many drivers as there are riders requesting Uber. And there are also quite a lot of people who sign up to drive for Uber but might stop either because they got a full-time job or just don’t want to drive anymore.

Now this is one of the top 5 questions that Uber drivers get asked especially if they look exotic, meaning non-Caucasian. However, this question has multiple intentions depending on who is asking you. Some people are just curious to know where you are from because you either have a slight accent, a really strong accent or just look like you are not white. While some people unfortunately are just plain racist and want to ask you this question in an offensive tone. In any case, the best way to answer is truthfully, unless you just picked up a gang of white supremacist skinheads and their destination is the KKK rally in the boonies. Then you can say you are the great great grandchild of Hitler, or whatever it takes to escape being sacrificed.

4. Do you do anything else besides Uber?

Most Uber drivers drive for Uber on the side as a part-time gig, while there are certainly others that drive full-time as their primary source of income. Some have even quit their full-time day jobs to drive for Uber because they make more money driving for Uber than they ever have working full-time at their jobs. A lot of Uber drivers are also entrepreneurs, or freelancers. Of course, not everyone likes to drive and not everyone is good at it either. So it definitely requires that you do not hate driving and are willing to drive strangers around in your personal car. However, once people sign up to drive for Uber, they usually get hooked and really end up enjoying it. Every day is a new adventure. You just don’t know who you will pick up and where you will end up going that day. That’s one of the best perks of driving for Uber for me personally. So it’s only natural for Uber riders to ask their drivers if they do anything else besides Uber.

3. Has anyone puked in your car?

This is definitely one of the top 3 questions people ask their Uber drivers. Yes it is very possible that when you are driving on the weekend after midnight or 1 am, you might pick up some really drunk people. Most drunk people are aware of what is going on, while there will be some that have no idea who you are or where you are taking them. And then there will be that one person (God forbid) who might even puke in your car. I must admit that it has never happened to me personally maybe because I hardly ever drive past midnight on the weekends. But it is a possibility. Luckily, Uber will reimburse you for it. All you have to do is take pictures of the damage and upload them in the Help message to Uber. You will then be reimbursed for the cleaning fee that you incurred or will incur. Also keep plastic bags handy just in case you can hand it over to the sick person on time, and they puke inside them only.

2. What’s the worst Uber experience you have had?

The number 2 question that you get asked as an Uber driver is about the worst experience you have ever had driving for Uber. Surprise surprise! People like drama. And everyone who has ever worked in the customer service realm will have some interesting stories of their own. People are interesting. Human behavior is one of the most unpredictable of all things in this Universe. Hence, the more you drive for Uber, the more interesting stories you will have to tell. Great material for conversation I tell you. So yes, there will be drunk people and flirtatious people and funny people and angry people and sad people and ecstatic people…just all sorts of people. Hopefully you have a dash cam installed so you can have a record of your most interesting experience. But if I was to ask that same question, I would rephrase it as: “what is the most interesting experience you’ve had driving for Uber?”

1. What’s the farthest you’ve driven on a ride?

Tada!!! And the number 1 most frequently asked question is what the farthest an Uber ride has taken you. Personally, my farthest ride was to San Diego, CA from Duarte, CA which was approximately 130 miles and it took me 2.5 hours. It was a weekday and I picked up a young couple visiting from Massachusetts and before they sat in my car they asked me if I would take them to San Diego. You don’t see the passenger’s destination until they sit in the car and you slide the Start Trip slider. So they just wanted to make sure because another Uber driver could have simply said no and would have asked the couple to request another ride/driver. I made $113 on the ride and was done for the day. I am waiting for the day when I have to take someone to Vegas. I would make as much money as I would usually make in 2 days. And I would simply spend the night and Vegas and come back the next day. Might even gamble a little of it to try my luck 😉 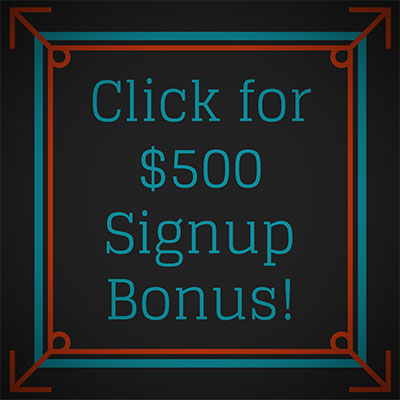